Coronavirus in Nigeria – what we need to know!!

Home / Coronavirus in Nigeria – what we need to know!!

Coronavirus in Nigeria – what we need to know!! 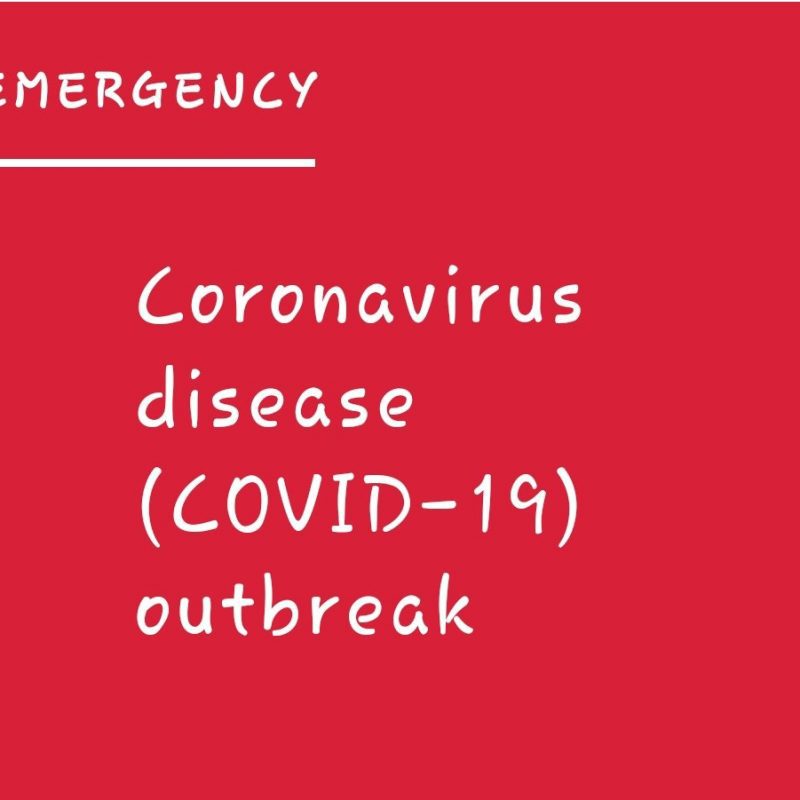 Most people who catch the new coronavirus SARS-2 recover at home, and some need hospitalization to fight the virus. But in a number of patients, the disease called COVID-19 is deadly.  Scientists can’t yet say for sure what the fatality rate of the coronavirus is, because they’re not certain how many people have become infected with the disease. But they do have some estimates, and there is a widespread consensus that COVID-19 is most dangerous for elderly patients and those with preexisting health burdens. 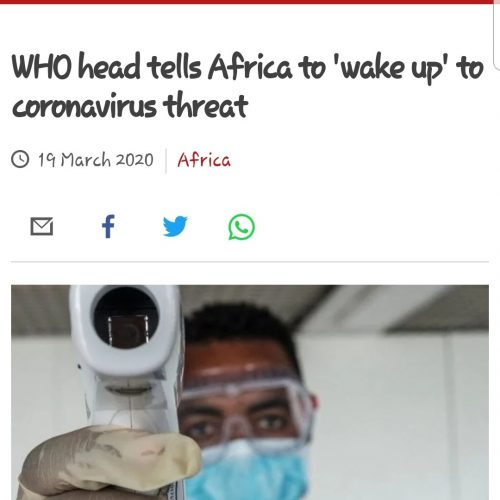 What has the Nigeria Government done to ensure safety for its citizens?? On or before now, there have been speculations that the government didn’t find a way to tackle and find preventive measures as at when due– with full awareness that our health systems cannot cater for one-third of the entire population should this virus hit us.

In my opinion, I have closely followed all cases released and found neither substantial evidence nor facts provided by the information released by the government.  Apparently, I am not the only one who seems to think that the government have been waiting patiently for this virus to arrive Nigeria so they can lay claims to some finances that would be provided.

Do you think the Nigeria Government arrived too late to the party?????????? 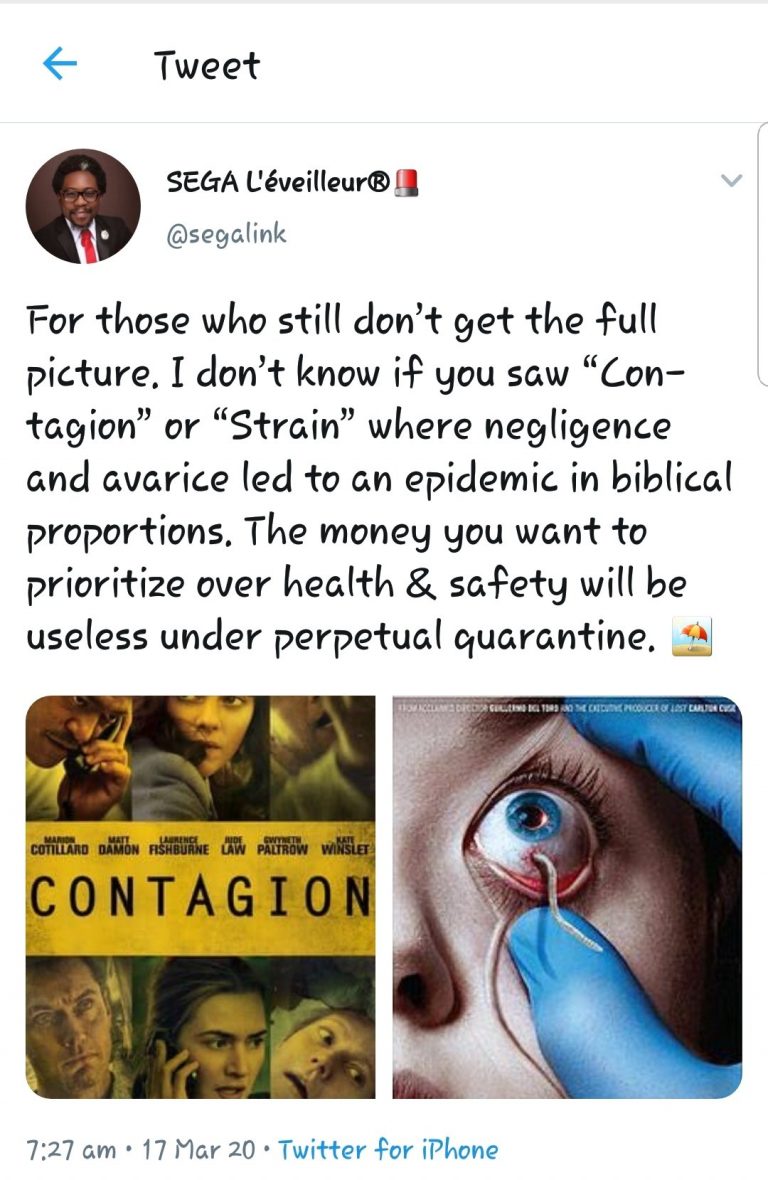 The World Health Organisation has announced that COVID-19 is a pandemic, and as we speak, the entire world is suffering from it. What we fear greatly is: that this deadly virus doesn’t spring up serious cases on racism–just as US President Donald Trump has declared the virus to be a “Chinese virus”.  Although, the virus was said to have originated from China, but it honestly doesn’t make it a Chinese virus because it is not some property with a mortgage plan to it. We may all have to agree that there’s more to the origination of the virus than we already know.  Click here to learn more from the World Health Organization

According to a report released by the Nigeria minister for health; 5 cases have been discovered (although there were no concrete facts on the carriers and health institutions that discovered and confirmed the already disclosed 5 persons).

On the other hand, the citizens of Nigeria and the entire world will and are already suffering from this deadly scourge that has befallen the earth… but there is hope because people are getting treatment… so far there have been numerous success cases.

We already know that our Government system is slow hence, the imperatives to be cautious and attentive to ourselves and others.

We should not disregard the safety of others by jeopardizing and mocking their preventive approach. When there is war, there are some who would do all they can to benefit financially from its spoils. 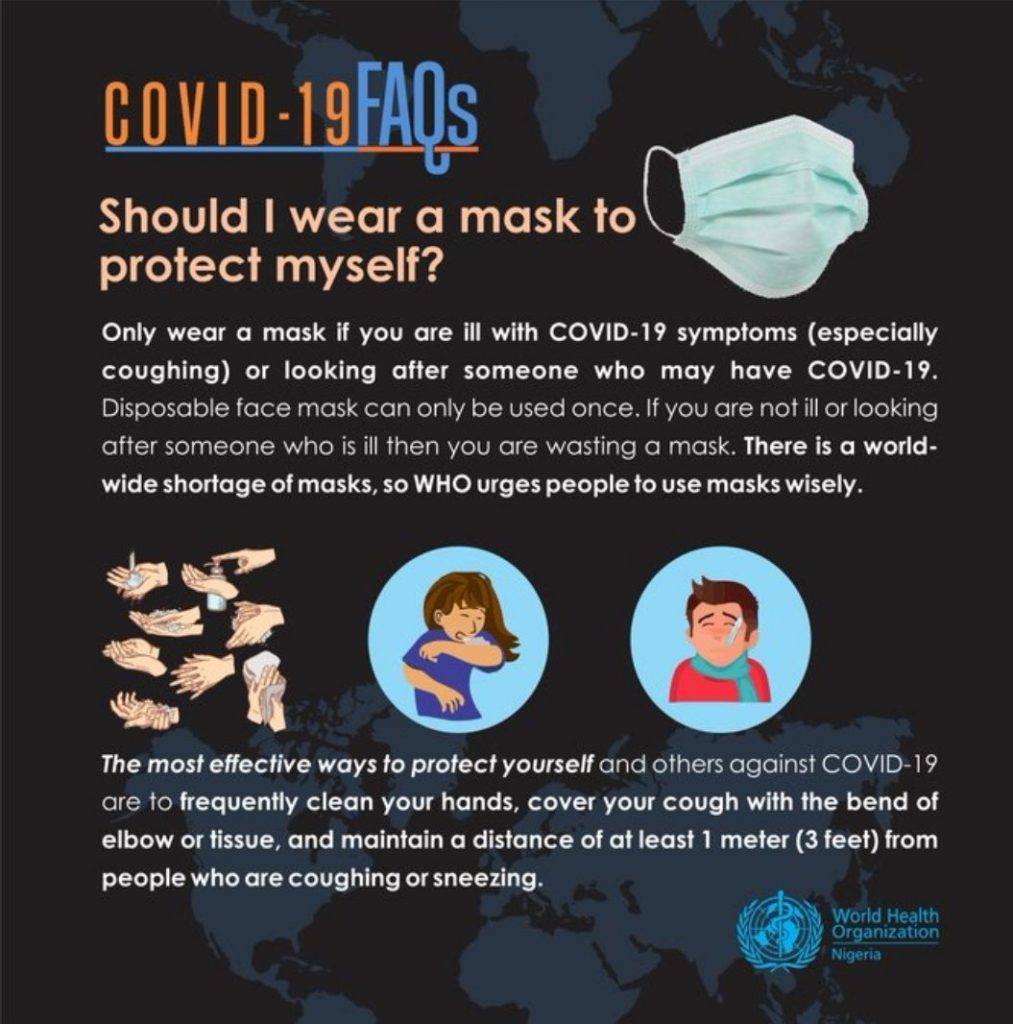 This is an Alert Below texts contains information on how to mentally handle covid-19 in Nigeria: beware of scammers and fake news!!
• Do not allow any individual nor body take advantage of you by asking you to grant them access to your various homes for sanitation. There’s no such thing issued by the neither government nor The World Health Organization. • Price for petrol has been reduced, and as we all know; some individuals will do their best to hoard it and probably hike the price with claims that the product is scarce just to make more profit. • Do not take any form of medication(s) distributed free or otherwise. • Do not ingest any form of liquid potions from vendors nor hospitals with claims to curing corona virus. • Do not stigmatize any individual with a common cold or flu. Corona virus may be highly communicable, but it is not an airborne disease… so, sharing the same vicinity with an infected person does put you at risk, but it does not entirely demand total isolation due to chastity.
• Should I wear masks to protect myself from the COVID-19: only wear masks if you are ill with symptoms similar to that of covid-19 e.g. coughing, fever with high temperatures. • Wear mask(s) if you have been in contact with someone who has tested positive to the covid-19. • Do not shake hands with unnecessary strangers either in a group or social meetings. Only shake hands if necessary and use hand sanitizer afterwards. • Upon reaching your destination, wash your hands thoroughly and take out clothes for laundry. • Remember to respect people’s spaces and privacy; do not put your arms around anyone for no reason. If you must hug, do so without taking up too much space. • If you must take public transits, wear a glove and mask to prevent droplets from infected individuals. If you don’t have gloves, use a hand sanitizer once you exit the transit. • Do not share straws, water bottles; beverages… use your own cup/glass (Disposables) if you must share a drink. • Do not engage in oral sex with sex-workers or strangers. Health is of utmost importance, so it is imperative that we limit our physical exposures for the sake of humanity. Not one individual but the world is affected by this pandemic. .
the world is affected by this pandemic. These are trying times for the world at large… and whatever we do, let’s try to stay safe as we support each other… the best way we can. May the departed souls RIP, and those living with the virus, I wish you all a quick recovery. Please leave your comments down below and share your own opinion with us! We can only hope and pray to beat this virus quickly so that the world can go back to its happy state. Wash your hands and stay healthy!! Love from Lagos, Nigeria.

My name is Joyous, i am simple, tough, fragile, strong, weak and all shades of me. I am a lover of Arts and nature, a peace advocate, a lover of all things educating. I aim not to change the world, but to make it a little better than the way i met it.
Follow me, let's learn and study the world together; i promise not to bore you!! ):